There are very few places in the world where interest rates are actually higher than they were at the beginning of 2020. Among large economies, China stands nearly alone. Its banks will continue to pay the price.

It’s hard to overstate just how unusual Chinese interest-rate moves are relative to those in other big economies this year: Three-month Shibor, the Chinese yuan equivalent of Libor, is now back at nearly 3%, precisely where it started the year. 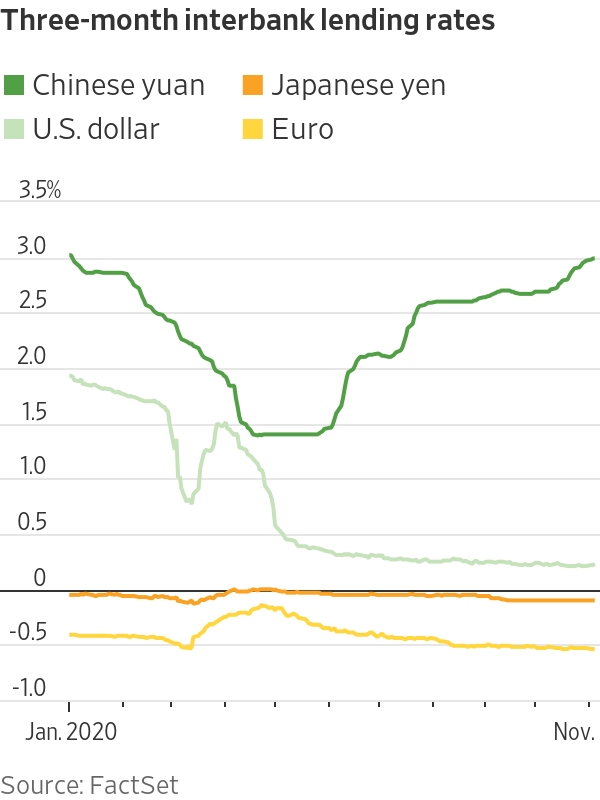 The only other place that’s roughly true is Japan, where three-month interbank lending rates were already negative at the beginning of 2020, and barely moved up or down at all during this year’s market ructions.

A puzzled reader might presume that higher interest rates are good for banks. That’s true, if corporate and retail lending rates move up too. But China’s loan prime rate, which banks now benchmark such lending against, hasn’t moved any higher. Indeed, as of the end of the second quarter, the proportion of loans priced at or below the loan prime rate had dropped to a record low.

Third-quarter results from some of the country’s large banks showed the earnings contraction slowing, but still little hope for a rapid rebound.
Postal Savings Bank of China
idiosyncratically posted an earnings increase of 14% year-over-year. But one of the sources of the increase, a particularly weak comparable quarter last year for interest income, won’t be repeated for future results.

The squeeze on net interest margins leaves banks in an awkward position, which is very much by design. The Chinese government wants the economy to return to normalcy, but doesn’t want to either cut official interest rates or borrow too much more money to do so, so banks have to carry the can. 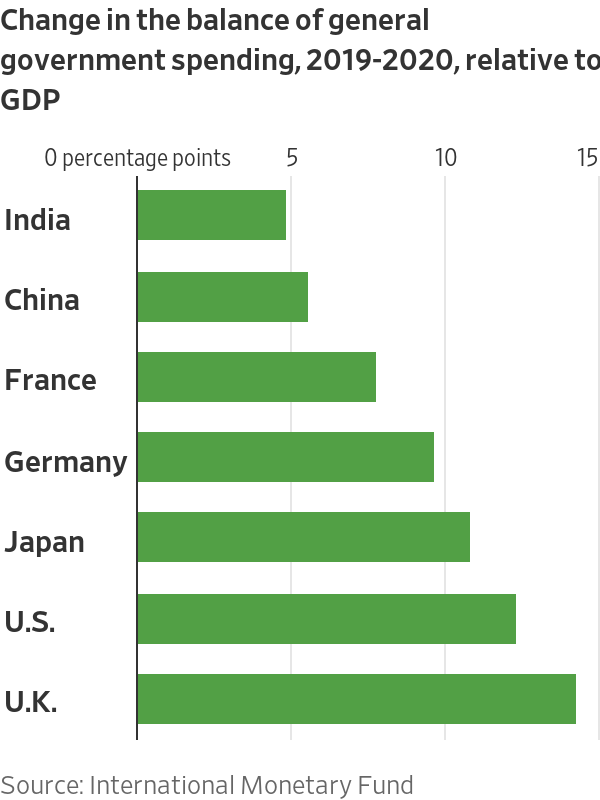 The International Monetary Fund expects China’s fiscal deficit to rise to 11.9% of GDP this year from the 6.3% booked last year. That’s large, but the increase is notably smaller than those recorded in major developed economies. Standard Chartered analysts also expect the deficit to come in lower, at 8.3% of GDP, due to underspending relative to official plans.

If you don’t want to use either monetary or fiscal policy to push your economy back to growth, it helps to have a banking sector still very much in hock to the demands of the central government.

So far, that’s very much where the burden of paying for the recovery has fallen, and there are no signs of a meaningful change. Net interest margins will stay under pressure. The share prices of China’s banks, many of which are now at just around half their book value, will struggle to stage any further recovery.

Write to Mike Bird at Mike.Bird@wsj.com