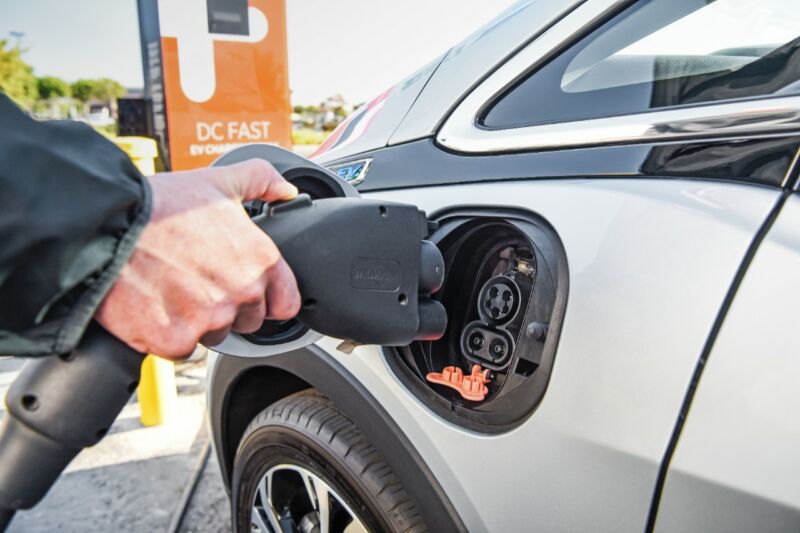 Enlarge / For now, it’s time to unplug when you get to 90-percent state of charge.

In October, news broke that the National Highway Traffic Safety Administration had opened an investigation of the Chevrolet Bolt EV due to potential battery fires while charging. On Friday, Chevrolet announced a recall affecting all model year 2017 and 2018 Bolt EVs, as well as certain MY2019 Bolt EVs.

The problem involves battery packs containing cells made at LG Chem’s factory in Ochang, Korea. Chevrolet says that, working with NHTSA, it confirmed a total of five Bolt EV fires caused by this issue, which occurred when charging the cars’ battery packs to full capacity.

Affected owners should contact their local Chevrolet dealer to schedule the software fix, which is available later this week. (You can check NHTSA’s database to see if your vehicle identification number is included.) The update will prevent the battery from charging beyond 90 percent, and Chevrolet says it will have a permanent fix that restores the battery’s ability to use 100 percent of its state of charge as soon as possible after January 1, 2021.

In the meantime, Chevrolet is asking owners of affected cars to change their charging settings to prevent any chance of fires before they get patched.

For owners of MY2017 and MY2018 Bolt EVs, that means enabling Hilltop Reserve mode, which instructs the battery to leave 10-percent overhead when charging. For owners of affected MY2019 Bolt EVs, which have slightly different settings, Chevrolet says to enable Target Charge mode, which should be set to 90 percent. (There are video instructions available at Chevrolet’s Bolt EV recall page.) The company says that if you don’t feel confident changing that setting yourself, you should not park your Bolt EV in a garage or under a carport until after the car has been patched.