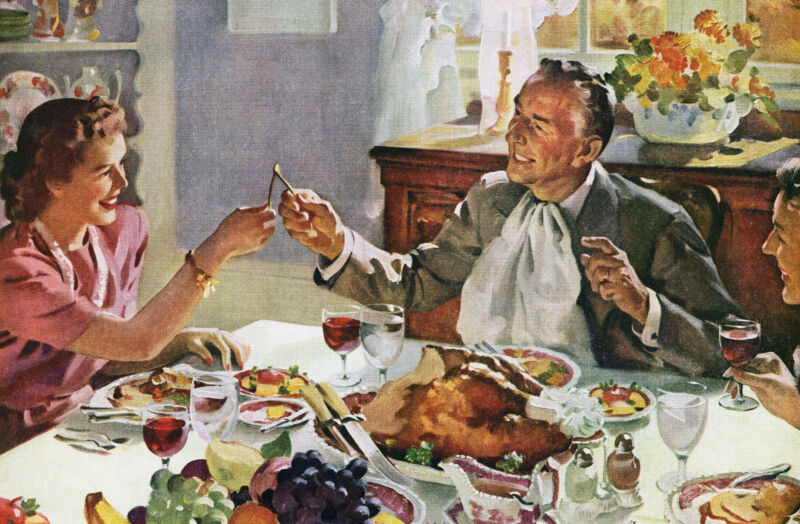 In a rare press briefing Thursday, experts from the Centers for Disease Control and Prevention strongly urged Americans not to travel for Thanksgiving or gather with people outside of their “households”—defined as only the people actively living together in the 14 days prior to a gathering.

The stark message from the premier public health agency may not seem surprising given the dire state of the country. Spread of the pandemic coronavirus, SARS-CoV-2, is out of control and at record levels. The United States reported more than 1 million new cases of COVID-19 in the last seven days alone. Hospitalizations are rising sharply, and health care facilities in several states are already overwhelmed. Deaths are also spiking. And there’s no end in sight. The situation is likely to only get worse as winter weather and holidays drive people indoors and together.

Still, the CDC’s press briefing drew awe from journalists, who have watched such briefings dwindle as the pandemic advanced. Numerous investigative reports have detailed how the Trump administration has sidelined, censored, and muted CDC scientists and officials during the global crisis.

In the briefing today—the first in nearly a month—several reporters bluntly asked why the CDC was holding a press conference now, given that things have been grim and only getting grimmer for quite some time. The questions seemed aimed at addressing whether the Trump administration had loosened its hold on the agency and/or whether CDC scientists were trying to break free of restraints and restore the agency’s once-golden reputation. Of course, the CDC officials stuck to focusing on the risk of gathering for Thanksgiving specifically amid the nightmarish levels of disease transmission—though they added that they “would like to have these briefings on a regular basis.”

“I think ‘Why now?’ is, um, this is—we’re alarmed,” Dr. Henry Walke, CDC’s COVID-19 Incident Manager, said during the briefing. “With the exponential increase in cases, and hospitalizations, and deaths, we want to get out as much as possible, and get our communication messages out in terms of the risk involved.”

Walke noted that the agency’s new guidance against Thanksgiving travel is not a requirement but a “strong recommendation.” The agency urged people to think though their plans and consider what is at stake: people inadvertently spreading the virus, potentially to vulnerable loved ones who could end up hospitalized or even dying, and/or spreading the virus to family and friends who could then carry it back to their households and communities, where it could infect vulnerable people, who could, in turn, end up hospitalized or even dying.

The agency provided a detailed list of questions on its website for assessing the risk of any particular Thanksgiving gathering. The agency urged people to answer for themselves questions such as: Are cases high in your community or the community you’ll be visiting? Are you, someone you live with, or someone you’re thinking of visiting at higher risk from disease—such as older adults, like grandparents, or people with an underlying health condition, including obesity or diabetes? Do your plans include traveling by bus, train, or air which might make staying six feet apart difficult?

“If the answer to any of these questions is ‘Yes,’ you should consider making other plans, such as hosting a virtual gathering or delaying your travel,” the CDC advises.

“We’re very concerned about people who are coming together outside their household bubble,” Walke added. That includes extended family converging at a home and people standing close in lines at airports.

In addition to the Thanksgiving-specific travel warnings and recommendations, the agency also made a point to clarify what it means by “households.”

Dr. Erin Sauber-Schatz, who leads the CDC’s Community Intervention and Critical Population Task Force, said that the term had raised a lot of questions. As such, she explained: “If people have not been actively living with you for the 14 days before you’re celebrating, they are not considered a member of your household.”

That means, for instance, active military or college students returning home from school are not considered part of the household. While the CDC still advises people to carefully consider bringing non-household members together, the agency laid out tips and recommendations for people who do hold risky gatherings. For returning college students, the agency advises to treat them as “overnight guests” and take extra precautions. That includes wearing masks in the house, staying six feet apart, avoiding singing and shouting, improving ventilation by opening windows and/or putting central air on continuous circulation, and spending time together outdoors. Dr. Sauber-Schatz also recommended trying to have guests use their own designated bathroom.

The agency further provided details for staying safe with non-household members during meals and short-term parties, such as limiting people entering the kitchen, using single-serve items and condiments when possible, having designated food servers, and no-touch trash cans.

Stay home for the holidays or get tested twice, CDC

'Stop the Steal' rally asks Trump supporters not to vote

The Future Of Grocery Shopping And The Need For Automation