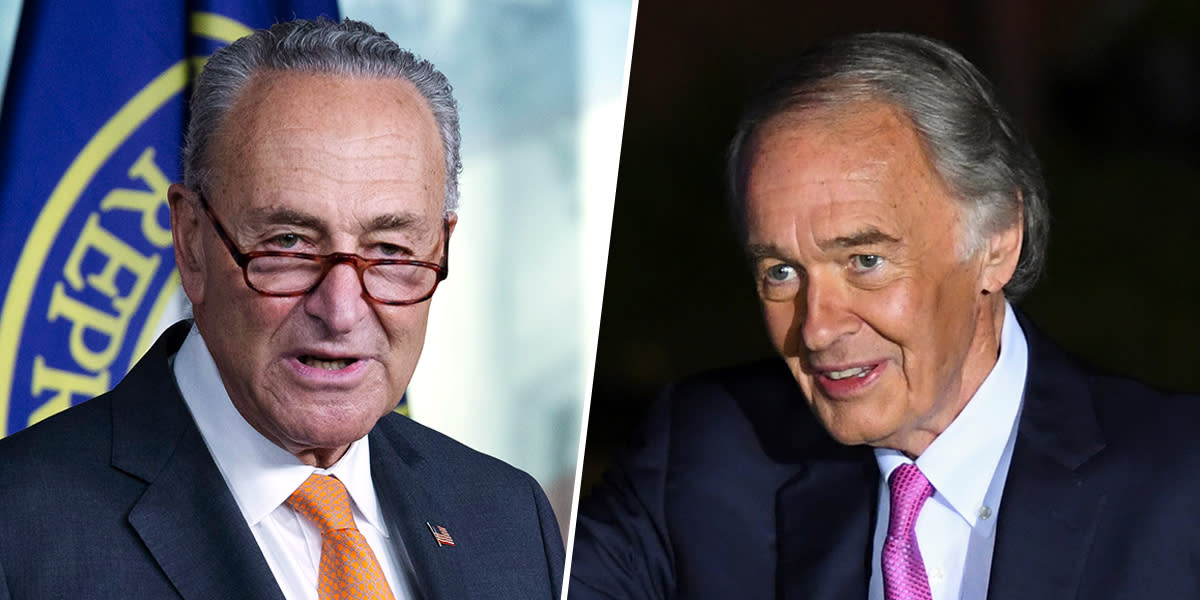 The calls from senators reflect a recognition that Democratic lawmakers may not be able to pass a transformative legislative agenda after under-performing in congressional races. And unless Democrats win two Georgia Senate runoffs on Jan. 5, Biden will be the first president since 1989 to enter office without his party controlling both chambers of Congress.

“The president-elect, beginning on January 20, should act as aggressively as possible to reverse the effects of the four years of Donald Trump, and to advance a more positive and effective agenda to make the United States the leader in fighting the climate crisis,” Sen. Ed Markey, D-Mass., told NBC News.

He said Biden can re-enter the U.S. into the Paris climate accord and slap new fuel economy standards on vehicles and energy-efficiency requirements on appliances. Markey said Biden should “test the outer limits of his powers” through administrative action.

The push for executive action is also an attempt to nudge Senate Majority Leader Mitch McConnell, R-Ky., not to stonewall Biden’s agenda, by dangling the prospect of going around Congress, as President Donald Trump often did with Republican support.

“I think President Biden has significant executive power. And anybody who doubts it? Look at his predecessor,” said Sen. Ron Wyden, D-Ore.

Sen. Brian Schatz, D-Hawaii, who led a 263-page Democratic report on climate action, said the president has “enormous power” over the issue, between international accords and within agencies.

“From Treasury to State to Interior (departments) and the financial regulators, climate action and climate risk management has to be infused into literally everything,” he said.

Sen. Elizabeth Warren, D-Mass., and Senate Minority Leader Chuck Schumer, D-N.Y., have pushed for Biden to use his powers under the Higher Education Act to cancel up to $50,000 in debt to federal student loan borrowers.

The calls for use of executive power comes as McConnell maintains control of the Senate, at least for now, and it will be a point of contention with moderates like Sen. Joe Manchin, D-W.Va., who have called on Biden to govern through bipartisanship and consensus.

Even if Democrats capture both Georgia seats and take control of the Senate, McConnell would retain the power to filibuster legislation and force a 60-vote threshold. And Democrats’ shrunken House majority shortens Speaker Nancy Pelosi’s runway to pass major legislation.

Some Democrats fear a repeat of what occurred under the previous administration.

“My concern is — we all know what happened with Barack Obama. Mitch McConnell came right out of the gate and just said, My big goal is to keep Barack Obama from getting a second term,” Wyden said. “So the question already is: Is he teeing this up for the same sort of strategy?”

Biden “should be looking at executive actions,” said Sen. Mazie Hirono, D-Hawaii. “He’s not gonna let the Senate and Mitch McConnell — if he still is holding forth — to stop what we need to be doing for our country.”

Hirono said if Biden’s nominees are blocked by the Senate, he should take a page from Trump’s playbook and unilaterally appoint them in temporary or acting capacities.

“We’ve watched Mitch. He’s ruthless,” she said. “And he apparently doesn’t care about the impact of his blocking everything on the country. He’s done it before.”

Jeff Hauser, a progressive strategist who runs the Revolving Door Project that vets Cabinet appointees, said Biden should not wait for Congress to pass new laws but to look for existing laws to advance his agenda. He said climate regulations can be beefed up through the 1963 Clean Air Act and corporate excesses can be curtailed using the 1890 Sherman Antitrust Act.

“You don’t necessarily need to pass new laws to solve problems. You can implement old laws,” Hauser said. “Our basic message is that each agency and department should utilize the statutory tools at their disposal to make positive change, rather than waiting for some complicated sequential game developed by the White House and Congress.”

The courts could be a hurdle for Biden. The Supreme Court’s new 6-3 conservative majority may have a more limited view of the extent of Biden’s executive authority after Republicans replaced the late liberal icon Ruth Bader Ginsburg with conservative Amy Coney Barrett one week before the election.

Hauser urged Biden not to be “intimidated” by potential court defeats, arguing that a judicial blockade of popular policies could be useful as a campaign issue in the 2022 midterm elections.

“Biden’s going to need to be willing to lose on occasion to clarify the stakes, rather than avoiding potential defeat at all costs, which at times was a guiding mentality in the Obama years,” he said.

Jamal Brown, a spokesman for Biden’s transition team, said his agenda will include executive power.

“President-elect Biden is taking action now to address the devastating COVID-19 pandemic and implement his agenda on Day One, using both executive action and legislation, to build a more resilient and sustainable economy, fix our broken and unjust immigration system, ensure every American has a fair shot into the middle-class, and create millions of good-paying union jobs,” Brown said.