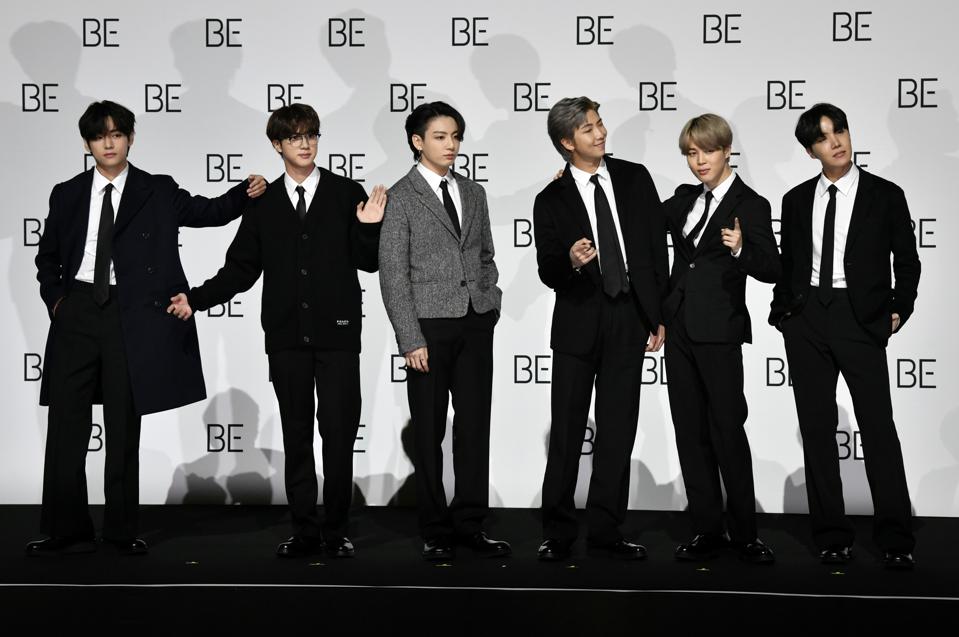 BTS dropped their short new album BE this morning (November 20), and fans in the U.S. have rushed to stream and buy the eight tracks featured on the set. The South Korean septet currently dominates the list of the bestselling songs on what may be the most popular platform left for purchasing individual cuts, and not just by landing atop the tally.

Amazingly, BTS occupy the eight highest rungs on iTunes’ American songs chart, meaning every track from their new album is already a bestseller in the nation. The tracklist from their latest project beats out new singles from the likes of Justin Bieber and Shawn Mendes (“Monster”), Miley Cyrus and Dua Lipa (“Prisoner”) and Billie Eilish (“Therefore I Am,” which has now been out for a full week).

Unsurprisingly, BTS’s new single “Life Goes On” leads the way, landing at No. 1. The tune was selected as the latest focus track from BE long before the title arrived, so it’s not shocking it would receive more love than other cuts upon the release of the album.

From there, fans identified which tunes they love the most by purchasing them, and the order in which they currently rank on the iTunes charts doesn’t reflect their ranking on the album itself, which is typically the case when an entire project’s worth of material charts.

Interestingly, “Dynamite,” the all-English single that was released months ago in anticipation of BE’s release, is the lowest-charting of the bunch. The track comes in at No. 8…and No. 22. There are two different versions of the song (at least according to iTunes) present on the list. The cut was a massive success, rising to No. 1 on the Hot 100, but it has already sold so many copies, it’s not strange that newer songs that fans hadn’t heard yet should be performing better.

Here’s a look at where all the tracks featured on BTS’s new album BE land on iTunes’ American songs chart.