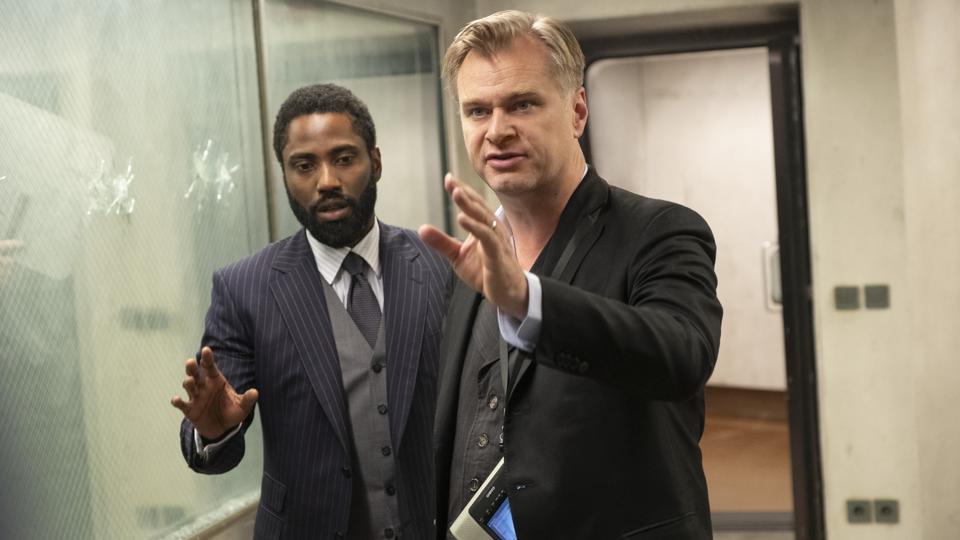 While Tenet likely won’t reach the $58 million domestic gross of Rob Zombie’s Halloween (from a $30.5 million Fri-Mon Labor Day launch in 2007), it has obviously earned more worldwide than any other Labor Day release in recorded box office history. The film has been playing pretty damn well outside of North America, with $283.3 million overseas and $333.4 million worldwide. It has earned $66.3 million in China, which is just below the $68 million earned by Inception back in 2010. It’s arguably doing 1/3 of what it would have made domestically and maybe 2/3 of what it otherwise would have earned overseas.

Will theaters slowly reopening in New York and California move the needle all that much? I’m frankly disinclined to think so, if only because everyone assumes (speculation alert) that Tenet will pop up on PVOD or regular EST sometime before Christmas. December 8 would be appropriately respectful 90 days after its theatrical launch, thus respecting the normal theatrical window. I’m sure Warner would love to pump out Tenet as a stocking stuffer, possibly with a “free” ticket (give or take how much that ticket costs at your multiplex) for Wonder Woman 1984 should that flick stay in its Christmas release.

In other ins and outs, Paramount’s PGRE rather good Love and Monsters, about a young man (Dylan O’Brian) who treks across a monster-infested Earth to reunite with a former girlfriend, debuted on PVOD and theaters this weekend. The film earned $255,000 in 387 theaters but is currently tops at FandangoNow and (shockingly) Amazon AMZN . Take that, Yellowstone! Anyway, if you want a movie not unlike Monsters with a bigger budget or a skewed riff on the YA fantasy series The Last Kids on Earth (my nine-year-old’s favorite book series), I’d give it a hearty recommendation.

Equally good, but equally doomed (theatrically), was Sony and Stage 6’s The Kid Detective. The dark dramedy starring Adam Brody as a former Encyclopedia Brown-type gumshoe now coping with childhood failures and lost grown-up dreams, earned $135,000 from 855 theaters. I was surprised at how much I enjoyed this one, so if you feel safe venturing out to the theater in your neck of the woods, I highly recommend that one too. With Regal closed down until 2021 and nothing “big” on the horizon until The Croods: A New Age on Thanksgiving and Wonder Woman 1984 on Christmas, it’s going to be a very weird end-of-year situation at the domestic box office.

Governor Cuomo just announced that theaters outside of New York City can reopen next weekend at 25% capacity, just in time for After We Collided on Friday and the reissue of Alita: Battle Angel on October 30. By default, the first major studio offering will arrive on November 13 with Blumhouse’s Freaky set to be the first major test case of Universal’s deal with AMC allowing first-run films to debut on PVOD after 17 days of theatrical play. As such, we can expect most of the Universal and Focus Features flicks (Freaky, Croods: A New Age, Promising Young Woman, etc.) to remain on schedule.

It’s a two-pronged strategy, both to help theaters keep the lights on (for next year’s No Time to Die, Minions 2, F9 and Halloween Kills) and treat these flicks as sacrificial lambs for the VOD program. As for whether New York beginning to reopen means Wonder Woman 1984 will remain at Christmas I can only speculate. If it moves to June 4 (four years after its predecessor and a year after it was initially scheduled) sending The Conjuring: The Devil Made Me Do It to September 10 (one year after its initial 2020 opening date), that wouldn’t shock me.

And if that happens, this will allow Universal and MGM to slot Candyman into the recently vacated (by Jurassic World: Dominion) June 10, 2021 slot, again one year after its initial 2020 debut weekend. For all the hub-bub about panicky studios and inconsistent signals, we’re probably going to see a scenario where almost every major 2020 release (A Quiet Place 2, Black Widow, No Time to Die, Top Gun: Maverick, F9, etc.) opens essentially a year later than scheduled, rendering 2021 essentially a giant do-over for 2020. That’s probably for the best, all things considered.