Perhaps it was the shirts? As part of the Human Race Campaign, Bayern Munich wore a special shirt that was heavily leaned on the 1991/92 design. A shirt designed for a good cause, but on the pitch, it would turn out to carry bad luck. In 1991, Bayern was eliminated in the second round of the DFB Pokal by the second division side FC Homburg. Thirty years later, Bayern was once again eliminated by a second division side wearing the same shirt.

In 1991 Homburg needed extra time to eliminate Bayern 4-2. On Wednesday, Holstein Kiel eliminated the Rekordmeister after penalties. “It’s a shock,” Bayern head coach Hansi Flick said after the game to the media. “We are extremely disappointed. Their first goal was the same pattern as the last few games.”

In the 14th minute, Serge Gnabry opened the scoring from an offside position. There was a sense that that goal would pave the path to an easy victory for the Rekordmeister. But in the 37th minute, a 33-year-old Fin Bartels outrun Bayern’s backline to equalize.

Just after the restart, Leroy Sané would retake the lead for Bayern. But Kiel would not go away, and in the 95th minute, Hauke Wahl equalized with the game’s final header. “We have to close gaps in the center, and we didn’t do that,” Flick said. “For their second goal, we didn’t have enough men inside the box and didn’t defend one against one.”

“They are standing very high on the pitch,” former Bayern Munich player Bastian Schweinsteiger said after the game. “You get the feeling that the opponents have slowly figured that out. They’re consistently trying to look for quick and direct passes in behind. From my point of view, they don’t have to stand so high.”

There is certainly some truth to the fact that Bayern is being figured out by German opposition. But there is also a bit more to the story. It is only Jan. 13, and the Rekordmeister already has 25 competitive games. That is without the FIFA Club World Cup that will take place in February. 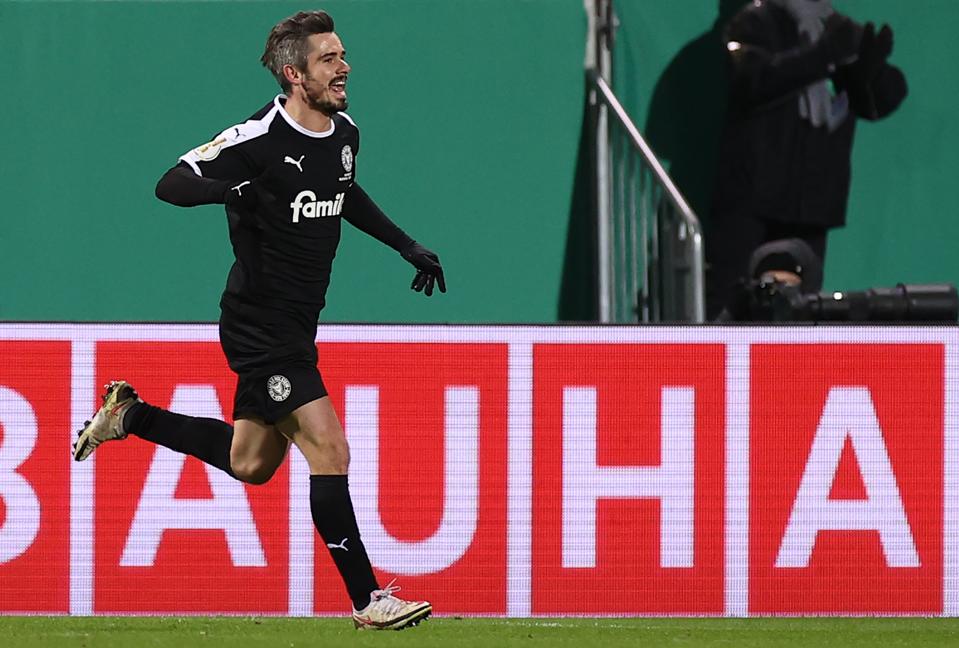 Bayern certainly looks like a side that is a bit overplayed. On top of that, the club’s new signings have not provided the added dept Flick needs to guide his side successfully through four competitions this season.

One example is Bouna Sarr; the Olympique Marseille signing has struggled to provide the impact Alphonso Davies had at Bayern on the other wing. Brought in instead of Sergiño Dest, it is hard to see the Frenchman being a long-term solution.

Another example is Marc Roca. The Spaniard came off the bench on Wednesday and then missed the final penalty to secure Holstein Kiel their sensational DFB Pokal upset. Flick was quick to support Roca after the game. Nonetheless, it becomes increasingly clear that Roca will not fill the void left by Thiago.

That Thiago sized hole is becoming increasingly more obvious. While the backline has struggled, Bayern also needs press resistant players to play their high attacking style. “We have to work on having better defensive compactness, apply more pressure on the ball holder, and secure our backline,” Flick said. But the question is whether the current style is possible with the players available.

“The bottom line is that we lost to an underdog today, who gave everything, Müller said. “It was a cup upset.” Müller might be simplifying the problem, however. The result was the second defeat in a row. Although Bayern’s defeat will provide German football with a much-needed new storyline, there is also the fact that the current side has significant weaknesses that will be ever more exploited.

Manuel Veth is the editor-in-chief of the Futbolgrad Network and the Area Manager USA at Transfermarkt. He has also been published in the Guardian, Newsweek, Howler, Pro Soccer USA, and several other outlets. Follow him on Twitter: @ManuelVeth

Experian’s organic revenue comes in 7% higher in the fiscal

Washington D.C. Troop Levels Are Five Times As High As