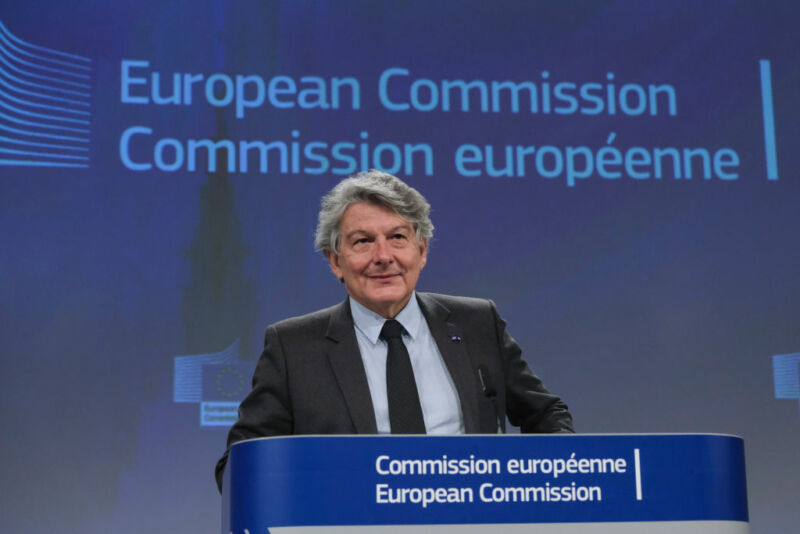 The chief executive of Google’s parent company Alphabet has apologized to Thierry Breton after an internal document laid out a plan to attack the EU commissioner and promised that such tactics were “not the way we operate.”

In a virtual meeting on Thursday, Sundar Pichai told Mr. Breton, the internal market commissioner, that Google was a very large company and that the document “was never shown to me.” He added that he had not “sanctioned” the plan, according to two people familiar with the conversation.

The document set out Google’s response to landmark new legislation from the EU as the bloc reshapes how it regulates Internet companies.

It contained a two-month strategy to remove “unreasonable constraints” to Google’s business model and “reset the narrative.” It singled out Mr. Breton, listing one objective to “increase pushback” on the French commissioner in an attempt to weaken support for the proposed plans in Brussels.

Mr. Breton, who is leading the overhaul of digital rules in the bloc, told Mr. Pichai that the EU had listened to Google’s feedback to public consultations on the new regulations.

“I want to hear and listen to everybody. You sent us two documents. I read them carefully,” Mr. Breton said.

Referring to the leaked document, he said: “This is an old-century matter: pushing back a regulator, saying that we need to mobilise the US government, saying that [the new rules] could destroy the transatlantic alliance… not really.”

Mr. Pichai said he also became aware of it when it became public in the media. He said: “I am sorry it happened that way.” But he said he took full responsibility for the leak and added: “This is not Google.”

Mr. Pichai assured the commissioner that he would engage directly with him, adding that he understood there was a need for balanced regulation, saying that the company would be “direct and transparent.”

The revelations came at a particularly tense moment as EU regulators are expected to come up with draft proposals in weeks.

The draft legislation will mark two significant changes. First, Brussels will set out more responsibilities for large platforms over how they should police illegal content and counterfeit goods in the Digital Services Act.

Secondly, the EU will come up with new criteria on what constitutes a gatekeeper and will draw up a list of what is expected of big Internet platforms, a move that is likely to result in tougher rules for companies such as Google and Facebook.

Google said Mr. Pichai and Mr. Breton “had a frank, but open conversation about plans to update digital policy in Europe.”

It added: “Our online tools have been a lifeline to many people and businesses through lockdown, and Google is committed to continuing to innovate and build services that can contribute to Europe’s economic recovery post Covid.”

© 2020 The Financial Times Ltd. All rights reserved. Not to be redistributed, copied, or modified in any way.