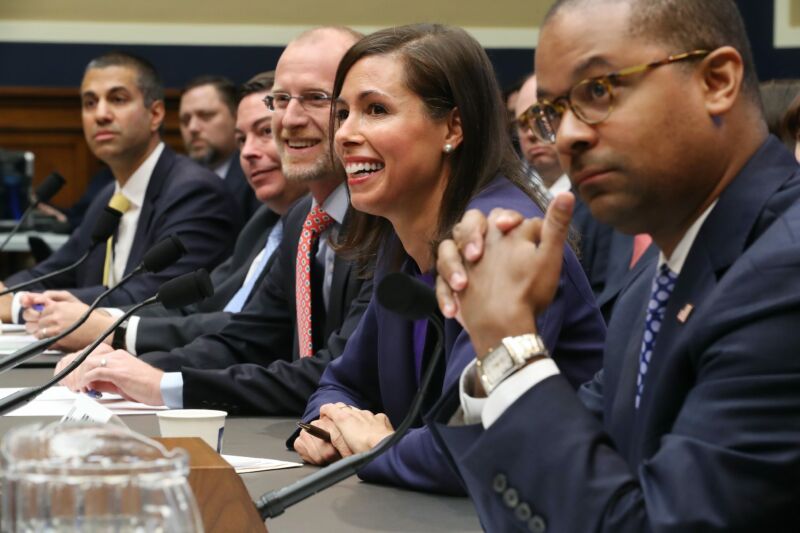 It has been standard practice to halt controversial rulemakings in the period between an election and inauguration when control of the White House switches from Republicans to Democrats or vice versa. In November 2016, Pai himself called on then-Chairman Tom Wheeler to “halt further action on controversial items during the transition period.” Wheeler complied one day later.

But things could be different this time, because Trump is contesting the election despite Biden’s clear victory and making baseless allegations that the election was stolen by Democrats. The Trump administration has refused to formally begin the presidential transition and has reportedly continued budget planning and vetting candidates for job openings as if there will be a second Trump term. To comply with Democrats’ request to the FCC, Pai would effectively have to concede Trump’s defeat before Trump himself does so.

A spokesperson for Pai declined comment on his plans for the presidential transition when contacted by Ars today.

“With the results of the 2020 presidential election now apparent, leadership of the FCC will undoubtedly be changing,” Pai was told yesterday in a letter from House Democrats, namely Energy and Commerce Committee Chairman Frank Pallone, Jr. (D-N.J.) and Communications and Technology Subcommittee Chairman Mike Doyle (D-Pa.). “As a traditional part of the peaceful transfer of power—and as part of our oversight responsibilities—we strongly urge the agency to only pursue consensus and administrative matters that are non-partisan for the remainder of your tenure.”

We note that you have previously welcomed calls from congressional leaders for the FCC to “halt further action on controversial items during the transition period.” We hope you will respect this time-honored tradition now. There are undoubtedly a number of consensus matters on which the Commission must focus to appropriately carry out its mission on behalf of the public, and we urge you to take quick action on such items.

Controversial partisan items would include Pai’s proposal to help Trump impose a crackdown on Twitter and Facebook, which have been trying to counter Trump’s attempts to spread misinformation on their platforms.

“When I was at FCC, our pencils went down quickly. Will that happen here?” Gigi Sohn, who was a counselor to Wheeler during the Obama administration, tweeted yesterday. Once he is president, Biden will be able to appoint a new FCC chair and form a Democratic majority. Pai would likely resign from the commission when the transition happens.

Both Democratic commissioners on the FCC urged Pai to respect the House Democrats’ request for the transition period.

“Historically, the FCC has honored the transfer of power from one Administration to the next by pausing any controversial activity,” Democrat Jessica Rosenworcel wrote. “I urge FCC Chairman Ajit Pai to follow this past practice in order to ensure an orderly transition of agency affairs. I look forward to continuing to work on the routine and consensus matters currently before the agency.”

As two of my Republican colleagues observed in 2016, it is long-standing Commission practice that, upon a presidential transition, the agency suspends its consideration of any partisan, controversial items until the transition period is complete. Our congressional leaders have called for Chairman Pai to respect this precedent, and I expect that he will abide by their request.

House Democrats made a similar request of FTC Chairman Joseph Simons yesterday. We contacted the FTC about the request to stop controversial work and will update this article if we get a response.