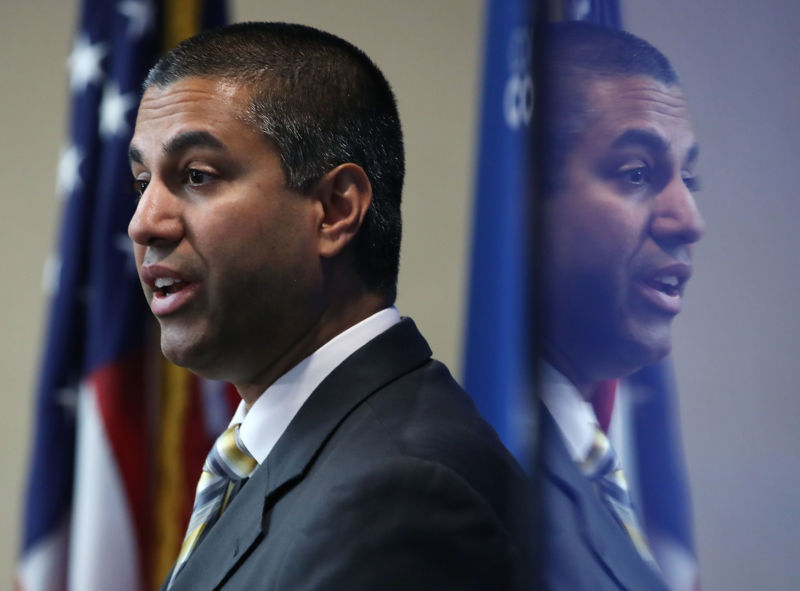 Federal Communications Commission Chairman Ajit Pai is backing President Donald Trump’s proposal to limit legal protections for social media websites that block or modify content posted by users. Pai’s views on the matter were unknown until today when he issued a statement saying that he will open a rule-making process to clarify that the First Amendment does not give social media companies “special immunity.”

Trump’s attempt to punish social media websites like Twitter and Facebook for alleged anti-conservative bias landed at the FCC because Trump had the National Telecommunications and Information Administration (NTIA) petition the FCC to issue a new interpretation of Section 230 of the Communications Decency Act. This US law says that providers and users of interactive computer services shall not be held liable for “any action voluntarily taken in good faith to restrict access to or availability of material that the provider or user considers to be obscene, lewd, lascivious, filthy, excessively violent, harassing, or otherwise objectionable, whether or not such material is constitutionally protected.” The law also says that no provider or user of an interactive computer service “shall be treated as the publisher or speaker of any information provided by another information content provider.”

As we’ve previously written, the Trump administration’s petition asked the FCC to limit social media companies’ legal protections under Section 230 by changing the definition of “information content provider.” The requested change would define the term more broadly to include platforms that make “editorial decisions that modify or alter content.” That could convert Facebook and Twitter from “interactive computer services” to “information content providers,” limiting their legal protections when they block or screen content.

Pai could have let matter drop without action

Pai didn’t say exactly how he intends to reinterpret Section 230, and he hasn’t unveiled a full proposal yet. Pai could ultimately make a proposal that doesn’t give Trump everything he wants, but the chairman’s statement today suggests that his proposal will go at least part of the way toward Trump’s desire of stripping social media companies of their legal immunity. Pai already held a public comment period on the Trump administration’s petition, and he could have let the matter drop entirely after that comment period if he had no intention of helping Trump.

Pai began his three-paragraph statement today by trying to demonstrate a consensus for change, saying that “Members of all three branches of the federal government have expressed serious concerns about the prevailing interpretation of the immunity set forth in Section 230 of the Communications Act.” Pai then explained that he will propose rules to “clarify [Section 230’s] meaning” in a way that would limit social media platforms’ legal immunity:

As elected officials consider whether to change the law, the question remains: What does Section 230 currently mean? Many advance an overly broad interpretation that in some cases shields social media companies from consumer protection laws in a way that has no basis in the text of Section 230. The Commission’s General Counsel has informed me that the FCC has the legal authority to interpret Section 230. Consistent with this advice, I intend to move forward with a rulemaking to clarify its meaning.

The next major step for Pai would be issuing a proposal for the full commission to consider, perhaps with an additional public comment period. This could take months, so the outcome likely depends on the presidential election. If Democratic presidential candidate Joe Biden beats Trump, he’d appoint a new Democratic chair who would likely kill the proposal.

Both FCC Democrats today criticized Pai’s announcement. “The timing of this effort is absurd. The FCC has no business being the President’s speech police,” Commissioner Jessica Rosenworcel said.

Commissioner Geoffrey Starks said, “We’re in the midst of an election. The President’s Executive Order on Section 230 was politically motivated and legally unsound. The FCC shouldn’t do the President’s bidding here.”

In addition to being opposed by the FCC’s Democratic minority, Trump’s petition did not even have full support from the FCC’s Republican majority. Republican FCC Commissioner Michael O’Rielly stated that the FCC must uphold First Amendment speech protections “that apply to corporate entities, especially when they engage in editorial decision making.”

After O’Rielly’s comments, Trump took the unusual step of pulling O’Rielly’s nomination to another FCC term in an attempt to replace O’Rielly with Nathan Simington, an administration official who reportedly helped draft Trump’s executive order on Section 230. Simington’s nomination is pending Senate approval.

“Moving forward at the FCC will bring much-needed clarity to Section 230 and close the loopholes that Big Tech has exploited,” Carr said today. “These reforms will promote ‘a forum for a true diversity of political discourse,’ as Congress envisioned when it passed Section 230, without limiting the First Amendment rights of any speaker.”

The Internet Association, a lobby group for Web companies including Facebook and Twitter, argue that websites have a constitutional right to moderate content on their platforms.

“The constitution guarantees freedom of speech, not freedom of reach,” the group said. “The First Amendment protects every private enterprise’s ability to set and enforce rules for acceptable content on their services. The FCC also lacks the authority to make the changes proposed in the NTIA petition because they conflict with the plain language of Section 230. Only a fundamental change to the First Amendment, not to Section 230, would achieve the goal of the NTIA’s petition, and that is clearly beyond the FCC’s reach.”

Consumer-advocacy group Free Press offered a similar argument. “No one, from Trump on down, has the right to be carried on Facebook, Twitter or any other website—and those websites have a First Amendment right to disassociate themselves from speech they disapprove of,” Free Press Senior Policy Counsel Gaurav Laroia said today.

Laroia argued that Pai is being hypocritical given his opposition to regulation for telecom providers. “With this announcement, the Pai Doctrine gets clearer and clearer,” Laroia said. “He declares himself a champion of the First Amendment and claims he doesn’t want heavy-handed Internet regulation—then pushes policies that stifle free expression online. In this case, the Pai Doctrine would expose websites to liability if they remove any of President Trump’s lies or provide any context to such disinformation.” The timing of the proposal, weeks before the election, shows that “The Trump administration and its FCC allies are trying to bully and intimidate social media companies into rolling back their content-moderation efforts for election-related disinformation,” Laroia said.

Consumer-advocacy group Public Knowledge said that “the FCC does not have authority to ‘clarify’ Section 230—it is not a statute that Congress gave the agency any authority over whatsoever.”

Some conservatives have also argued that the FCC doesn’t have the authority to implement Trump’s request. TechFreedom, a libertarian-leaning think tank, said in July that the petition is unconstitutional. “Chairman Pai knows it and has been a strong defender of the First Amendment,” TechFreedom General Counsel James Dunstan said at the time. “Hopefully, he and other Commissioners will recognize this proposal as sheer constitutional folly and dismiss it immediately.”