With airlines in the West expecting to take years to recover from Covid-19, aircraft manufacturers depend on the resilience and growth potential of the Chinese market. But China’s own aerospace ambitions and the geopolitical tensions that surround them could make it a turbulent ride.

China has recovered from the pandemic to become the world’s largest domestic aviation market. Traffic is 8% higher than a year ago, data by Oliver Wyman’s PlaneStats show. In the U.S. and Europe, it is still down 41% and 68%, respectively. 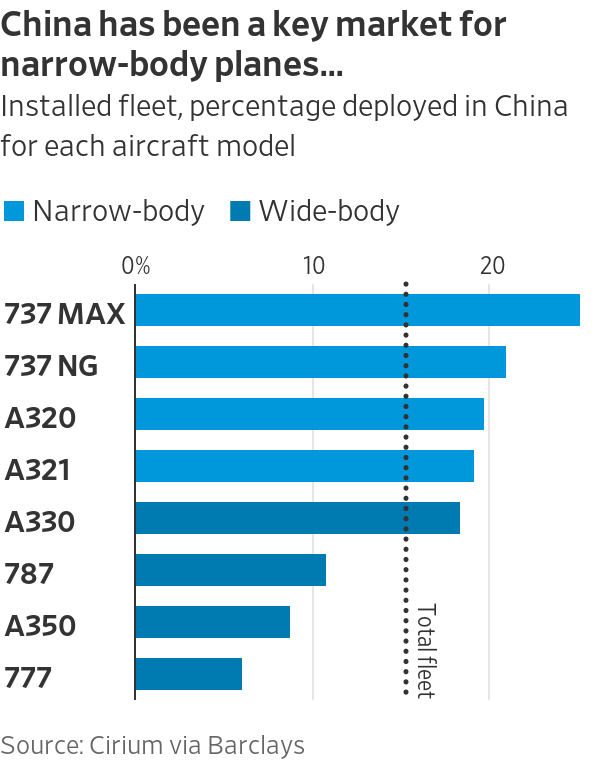 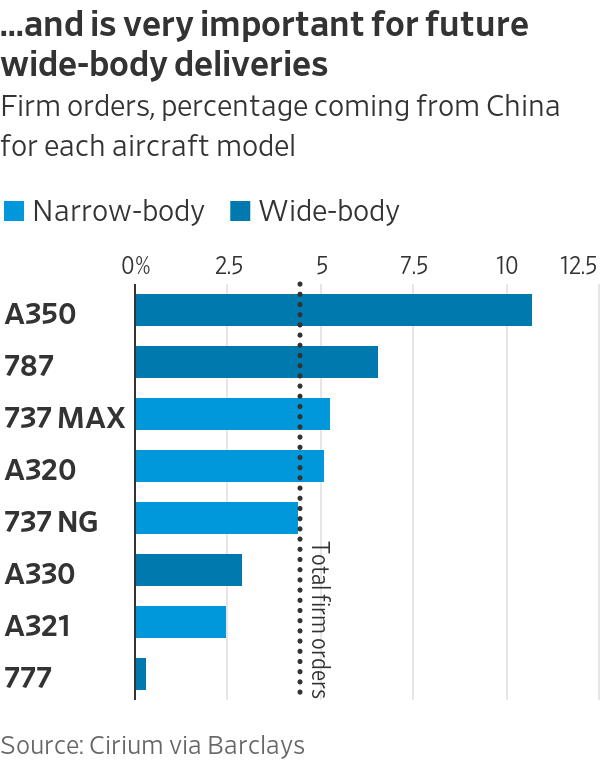 With another 500 million Chinese expected to join the middle classes over the next few years, the country is also the industry’s big growth opportunity. The International Air Transport Association predicts 5% average annual growth in passenger journeys in the Asia-Pacific region between 2019 and 2039. Mature Western markets are expected to expand at a 2.2% rate.

Following a mild liberalization of its airline industry in 2004, China has become the second largest source of revenues for the two major plane makers,
Boeing
and
Airbus,
which have since opened plants there. It is one of their few bright spots too: In November, Boeing downgraded its 20-year global aircraft demand forecast by 2%, but upgraded China’s by 6.3% to 8,600 planes.

Relative to the rest of the world, China is especially important for the Boeing 737 and Airbus A320 families, which are the backbone of low-cost airlines. It has accounted for a quarter of deliveries for the 737 MAX, which Boeing is scrambling to remarket after a 20-month grounding.

China’s true catch-up potential, though, is in long-haul routes, and thus the wide-body jets worst-hit by Covid-19. Traditionally, only the A330 had broad acceptance among the big Chinese state-owned carriers. Current orders, however, are finally skewed toward the nimbler A350 and 787 jets that Airbus and Boeing are focused on.

Backlogs underplay how many planes China will end up needing. The country represents 4.4% of Boeing and Airbus’ combined firm orders, which seems far too low. As Barclays analysts point out, this suggests fewer than 20 deliveries of the A320 in 2023, compared with a recent annual average of 120.

The alternative, which Western companies fear, is that the narrow-body gap will be filled by the C919, made by Chinese State-owned manufacturer Comac. Ironically, its development would have been difficult without the help of the foreign manufacturers it may now disadvantage. 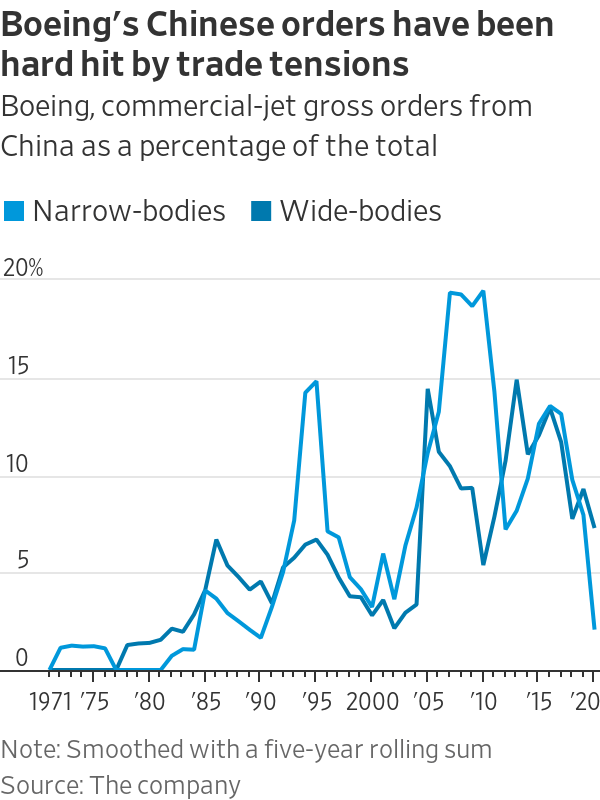 To be sure, the C919 is delayed and unlikely to enter service before late 2021, with limited initial production capacity. Its international adoption is constrained by a shorter range and worse customer service than its peers. But it is key for Beijing’s “Made in China 2025” industrial plan. This shouldn’t be underestimated, especially in the later half of the decade. The Chinese government can sell the plane at very discounted prices, and it owns a big chunk of the customers.

The outcome may be determined by geopolitics. A few days ago, the Department of Commerce published a list of Chinese companies with military ties that will be banned from buying a range of U.S. goods and technology. It included some Comac subsidiaries, potentially dealing the C919 a heavy blow. It is unclear whether President-elect
Joe Biden

will keep such a hard line, but Beijing may retaliate by refusing to unground the MAX.

Western aerospace’s dependence on the Chinese market has never been greater. Neither have the risks to its continued dominance.

American Airlines put Boeing’s 737 MAX back in the air with passengers Tuesday on a flight from Miami to New York. It’s the first time in nearly two years that the MAX has carried passengers in the U.S. Photo: Marco Bello/Reuters[object Object]

Media gushes over 'historic' Harris as Biden struggles through another