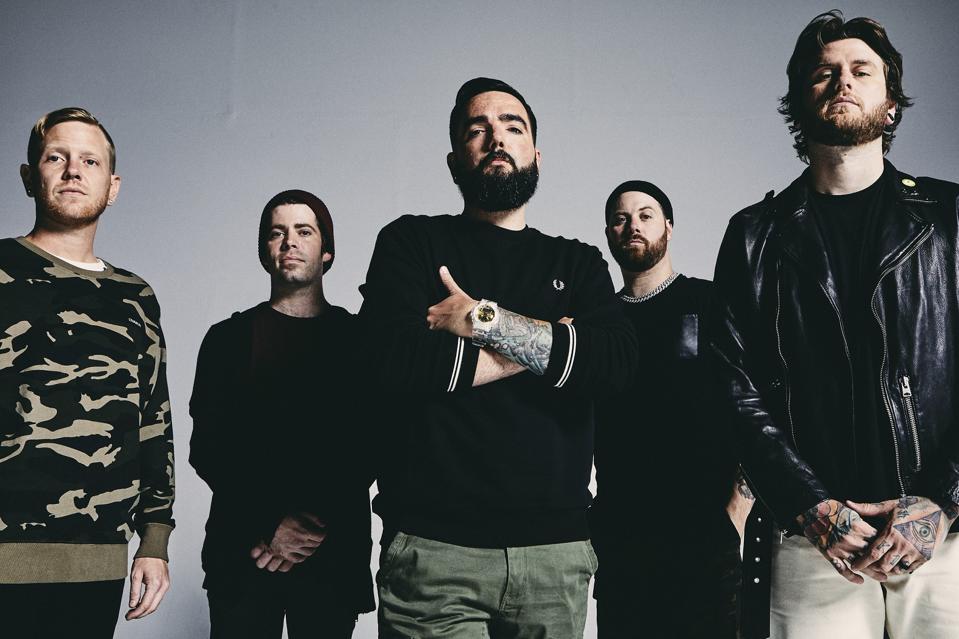 A Day To Remember (Band)

Over the last decade the Florida based punk-rock band, A Day To Remember, have successfully brought together fans of both the heavy music and pop-punk worlds, and to an extent which has not been seen from bands of their caliber and sonic craft. With two gold albums, one platinum single, and over 850 million Spotify streams, it seems A Day To Remember are only just getting started. The band have announced, You’re Welcome, as their new album which is set to release March 5th, 2020, on Fueled By Ramen.

Leading the charge for the new album is “Brick Wall,” the band’s hard-hitting and pulsating new anthem that’s sure to please fans of their pop-punk and hardcore traits. In the band’s press release vocalist Jeremy McKinnon really spells out the vision for the upcoming album, and how it’s a sonic hybrid of their more mainstream qualities and underground roots.

“It’s finally here—almost! To all our fans around the world, we want to say, ‘Thank you!’ You’ve waited patiently, and we can’t wait for you to hear this. There’s a lot of detail in everything we do from the mixes to the artwork, because it all tells a story. So, we made sure each element was perfect. Every line happens for a reason. We took what we envision modern music to be and made a hybrid of who we were, who we are, and who we want to be. It took a lot of maneuvering to get it right, but we feel like we did. We’re here now and very happy to present You’re Welcome.”

You’re Welcome also happens to be A Day To Remember’s first album under Fueled By Ramen, the label famous for propelling likeminded pop-punk/pop-rock acts like Paramore, Panic At The Disco, and Twenty One Pilots.

However, based off the first single, A Day To Remember are not abandoning ship when it comes to their aggressive tendencies. If anything it wouldn’t be much of a surprise if they’ve even doubled down on their more ‘heavy’ aspects with this record, especially considering that the band were only recently gearing up for their tour with Slipknot; arguably the heaviest modern band to break mainstream.

‘Justice League’ Is The Mistake That Continues To Haunt DC Films

Once shows are back and in full swing, it’ll be fascinating to see not only how A Day To Remember further themselves as a household name with You’re Welcome, but also how they manage to do so while keeping a foot in both the heavy music and mainstream worlds, that is, if the band ends up pursuing that direction.