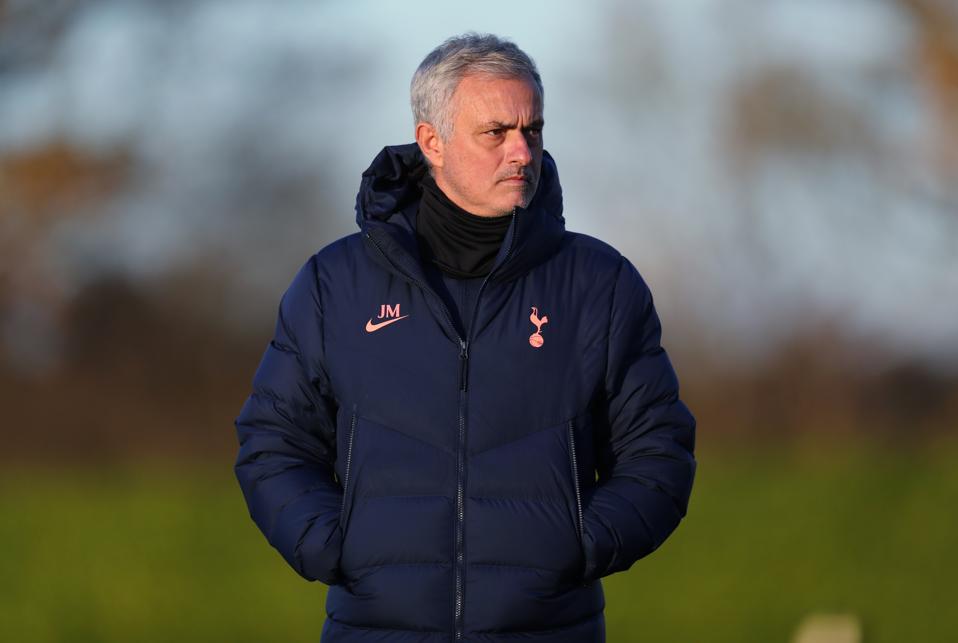 This time last year, most Tottenham Hotspur fans were struggling to understand what had just happened.

Mauricio Pochettino, the club’s most successful manager of the modern era, had been sacked. His replacement was Jose Mourinho, one of soccer’s most decorated – but divisive – coaches. It’s never incident-free with Mourinho and this year has been no different.

Here are five things we know after Mourinho’s first year in charge at Spurs.

Rightly or wrongly, Mourinho has a reputation as a pragmatist who isn’t afraid to shun an expansion style of play if he thinks it will bring the best results. So far this season, that hasn’t been the case with Spurs. After eight matches, Spurs is second in the table and only Chelsea has managed more than the 19 goals the team has scored.

There have been some noticeable results, in particular the record-breaking 6-1 victory against Manchester United at Old Trafford. There was also a 5-2 win at Southampton and, though the 3-3 draw with West Ham was the result of a spectacular collapse by Spurs, it certainly wasn’t boring.

But it can still win ugly

Mourinho will have no complaints about his team scoring goals for fun, but he has been around long enough to know some matches require a different approach. Before the recent international break, Spurs briefly went top of the Premier League – for the first time since 2014 – by beating West Brom 1-0 in a drab match of few chances.

The team’s previous results, a hard-fought 2-1 home win against Brighton and a turgid 1-0 win at Burnley, were further evidence Mourinho is moulding a team that can grind out results. In the sort of long, exhausting season Spurs faces, not every performance can be spectacular. Getting results while not playing at your best is a winning habit Mourinho will be desperate to continue. 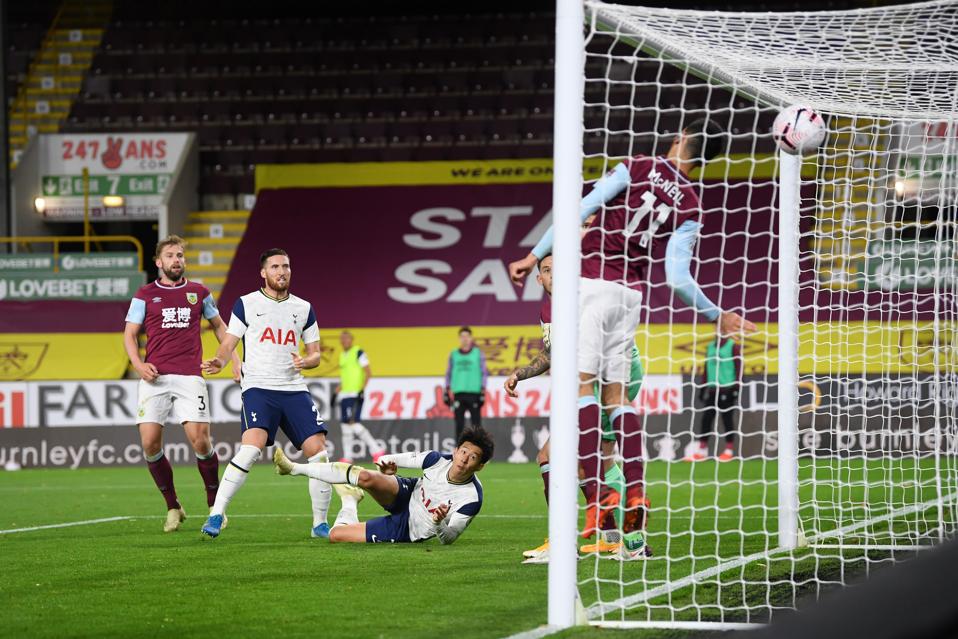 BURNLEY, ENGLAND – OCTOBER 26: Son Heung-Min of Tottenham Hotspur scores his team’s first goal … [+] during the Premier League match between Burnley and Tottenham Hotspur at Turf Moor on October 26, 2020 in Burnley, England. Sporting stadiums around the UK remain under strict restrictions due to the Coronavirus Pandemic as Government social distancing laws prohibit fans inside venues resulting in games being played behind closed doors. (Photo by Michael Regan/Getty Images)

Mourinho knows how to get what he wants

When the coach hauled off midfielder Tanguy Ndombele at half-time in last season’s draw against Burnley, he publicly criticized the club’s record signing: “I hope next season he can be fantastic because until now it is not enough.” Mourinho’s often-confrontational approach to man management is well known and, while Ndombele insists the move had no effect on him, he has been a different player so far this season. Ndombele is now a regular starter in the Premier League and has shown glimpses of his stunning talent.

In the transfer market, too, Mourinho has had his demands met. In February, he was comparing his squad to a blanket too small to fully cover someone. Now, he says the squad is “balanced” and “very good”. The club brought in eight players in the transfer window including Carlos Vinicius, the striker Mourinho wanted.

The attack will need to compensate for the defence

Mourinho’s winning teams have typically been built around a solid defence, an impenetrable unit that does the dirty work so the team’s creative players can shine. This Spurs team, however, does not look especially strong at the back. The team has kept only two clean sheets so far this season and faces far sterner tests. In its next five Premier League matches, Spurs will play Manchester City, Chelsea, Arsenal and Liverpool. 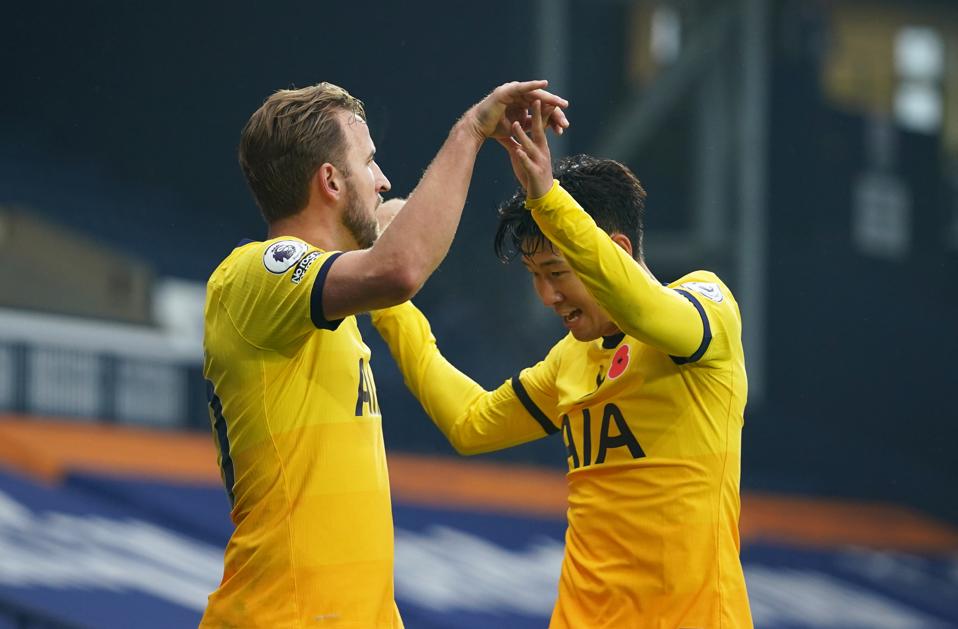 WEST BROMWICH, ENGLAND – NOVEMBER 08: Harry Kane of Tottenham Hotspur celebrates with teammate Son … [+] Heung-Min after scoring his sides first goal during the Premier League match between West Bromwich Albion and Tottenham Hotspur at The Hawthorns on November 08, 2020 in West Bromwich, England. Sporting stadiums around the UK remain under strict restrictions due to the Coronavirus Pandemic as Government social distancing laws prohibit fans inside venues resulting in games being played behind closed doors. (Photo by Dave Thompson – Pool/Getty Images)

If the defence cannot stand up to the highest levels of scrutiny, Mourinho can take solace in having one of the league’s best attacks. Harry Kane and Son Heung-min are in sparkling form and, with the likes of Gareth Bale, Lucas Moura and Steven Bergwijn also available, outscoring opponents may be the best strategy for many matches.

There is a chance to reaffirm his reputation

As he frequently likes to remind the world, Mourinho is known for winning. Even his spell at Manchester United, which ended with accusations he had lost his touch, included trophies. As well as finishing second in the Premier League, the club won the League Cup and Europa League during his tenure.

A trophy is the one thing missing from Pochettino’s spell at Spurs. Mourinho is unlikely to ever endear himself to Spurs fans as much as his predecessor, but all fans want to win things. As Mourinho has said, this is a good squad and, in a strange season, there is a chance to win something. A trophy, or even two, would end a 12-year (and counting) wait for Spurs. It would also allow Mourinho to prove something very important to him – he is still a winner.